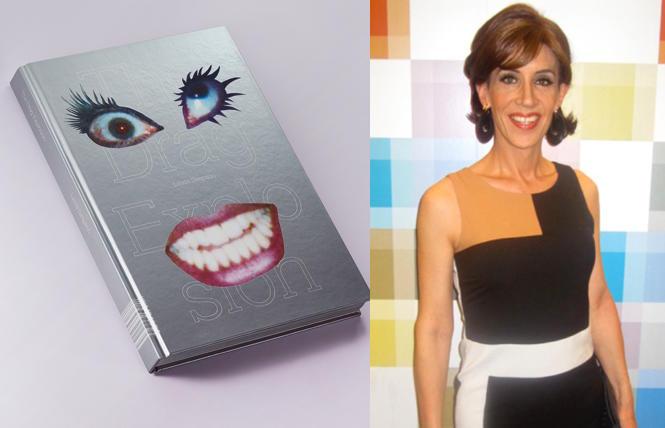 Just in time for Pride 2021 arrives Linda Simpson's epic pictorial stroll down Drag Queen Memory Lane. It was that golden age of nightclub culture occupying the 1980s and '90s where creativity and fierceness combined in kaleidoscopic ways. It was a time well before the annals of RuPaul's Drag Race when, in Simpson's own words, "drag was not very careerist," it was done for fun and not for celebrity or a lucrative fan base.

Those were the days when the fight for individuality and identity collided head-on with rampant bigotry, anti-gay violence, and a deadly epidemic that decimated gay communities across the globe.

Not only was there a desperate need for queer activism to get out and protest for equality, but for drag queens and all the unique creatures of the nightlife, it was also a nightly occasion for sequins, stilettos, lashes, and lace-fronts, and the freedom and fluid sexuality of gender-bending.

Simpson, a drag queen who was actually there in the flesh, carefully dug through shoe boxes overstuffed with personal photographs of that bygone era and extracted the best of the bunch.

Now reproduced as a hefty 250-page coffee table book like no other, the result is a timeless scrapbook brimming with early snapshots of legendary queens in their formative days, partying, screeching, catcalling, ruling makeshift club runways, posing, and, unbeknownst to them at the time, setting the stage for decades of drag and performance art to come. 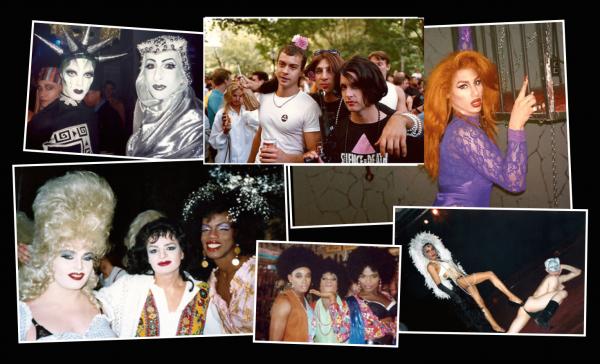 a collection of Linda Simpson's photos from nightclubs and Wigstock

Simpson traversed the clubs of New York's East Village, downtown parties like Squeezebox, and bigger mega-clubs like Palladium, Webster Hall, The Tunnel, and Limelight throughout the 1980s armed with just a small point-and-shoot camera where she captured candid moments on 35mm film just for fun.

Most often haunting places like the Pyramid club and Boy Bar, she observed queens like Lady Bunny, D-Lite, RuPaul, Tabboo!, Lypsinka, and Joey Arias all dominating the scene; one day she decided it was time to join the fun and begin getting into drag.

From 1987 to 1994, Simpson's photographs became legendary via a Xeroxed zine format called My Comrade which appeared all across Manhattan and made club queens temporary celebrities in print. She went on to write a column in Out Magazine, co-host a gay cable TV show, performed at Wigstock, and, more recently, became a game show emcee.
Lady Bunny opens the book with sparkling commentary describing the scene back then as "an era that took place entirely after dark, a celebration of trashy, low-rent glamour that kept us churning til dawn."

The club scene then was an extravaganza of dance music, huge dance floors, and queens galore where "people didn't go out unless they planned on dancing," writes Simpson.

The combination of photographs and reflection is a definite keepsake for anyone interested in 1980s/'90s club culture and the drag community that thrived within it and because of it.

Besides this fantastic nostalgic centerpiece, Simpson is also working on a drag-themed novel and possibly a sequel to The Drag Explosion that would share even more dramatic images and drag stories in formal print format.

For now, we have this bejeweled time capsule of a bygone era that deserves recognition and appreciation in every way possible, especially for those who were there and are still here to tell their own beautiful stories. Don't miss out on this one.