Sex and sensibility: Alexander Cheves' 'My Love is a Beast: Confessions' 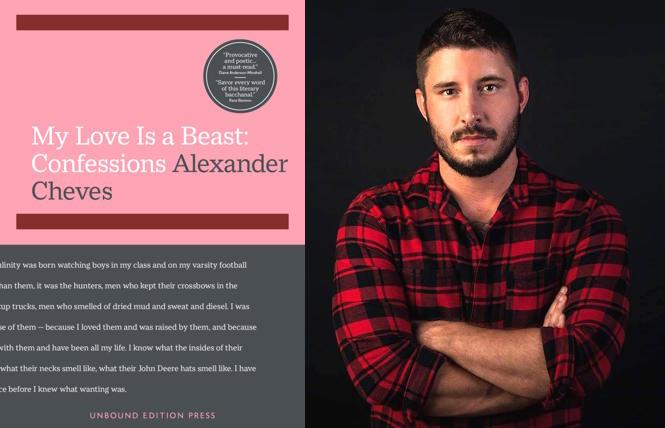 In this commanding, in-your-face debut memoir by Alexander Cheves, the author lays bare the "sins" of his past but he rightfully refuses to atone for them. Instead, a libidinous celebration of sorts takes place within these pages: of life brimming with adventurous possibilities, of sex in all its sordid incarnations, and an appreciation of queerness, identity, and intimate liberation.

This is an unfettered memoir, one where the author, also a columnist for The Advocate and Out, is as candid as humanly possible about emotions, pain, consent, non-consent, kinks, love, pleasure, and unbridled desire, all blissfully saturated in raw sexuality and piercing poetry.

Cheves begins his life story with a brisk, honest assessment of his adopted childhood spent partially in Zambia where his Southern Baptist parents spent years as medical missionaries. He quickly moves into the Deep South years as a "skinny and loud, big-lipped, pouty" youth who was deaf in one ear and obstinately disobedient.

His love of unrefined country guys with that "earthy tractor smell" while at college in Savannah found him driving hours outside of town to meet men who lived in shacks at the dead-end of dirt roads or couples with chicken coops and mud-slicked pickups for unexpected three-way sessions of double-penetration.

His memoir wades gracefully through early boyfriends, first attempts at sex writing through poetry, and a crushing HIV diagnosis in college tempered by a fuck buddy who coaxed him with tough love to overcome the stigma and the suicidal impulses, and how to turn all that self-persecution into respect and adoration for his own body and what it could do for other men. 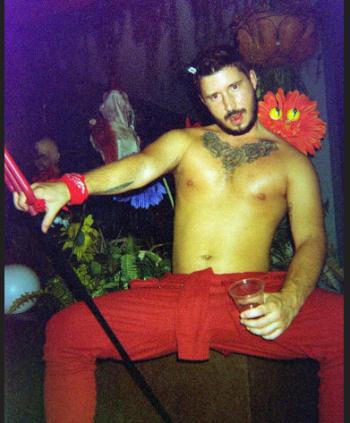 The author's Twitter identity is similarly fascinating and oscillates between two personas: one manifesting the scrubbed PG-13 of his authorial life (BadAlexCheves), while the other is awash with graphic videos, provocative declarations, and stuffed with dick and ass videos (AlexRawNYC), all in gruntingly glorious masochistic motion. This is the kind of unique author who, in his memoir's acknowledgments, thanks all the strangers he's met "on dance floors, in dark places" who eventually became responsible for his life today.

Conceptually combustive and executed with great introspection, this is exceptionally brazen, epiphanic queer writing which can only be described as "carnal and poetic," much akin to the tattooed words of Jack Kerouac emblazoned across the author's ribcage.

My Love is a Beast: Confessions by Alexander Cheves, Unbound Edition Press; $27.95

Alexander Cheves will be in San Francisco signing his memoir on Thursday, September 23, at 7pm, at the Center for Sex and Culture, 1349 Mission Street.
Find his booth at Megahood 2021 on Folsom Street on Sunday, Sept. 26, 11am-6pm.

Dark shadows & radiant light: Joseph Caldwell's memoir 'In the Shadow of the Bridge'
Sign up!