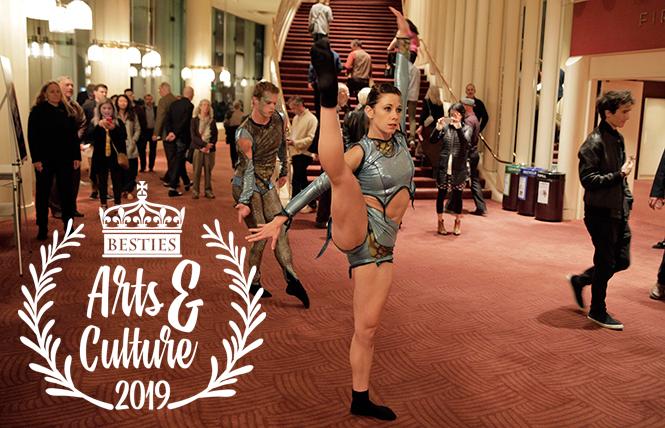 We are pleased as punch to bring you the 2019 Besties Award winners in nine Arts & Culture categories. Along with sampling some press appreciations of the winners, we also list the second-place and third-place winners and runners-up. Congratulations to all the players.

"It's really saying something when female nudes radiating carnal urgency are the least exciting element of a famous photographer's work. These startling images come into view near the end of 'Brassai,' an engrossing new show at SFMOMA, which leaves no doubt that this artist, who was also an accomplished sculptor and writer, was a great of 20th-century photography. Even with over 200 intimately sized, black-and-white photographs, and a smattering of drawings and publications, divided into a dozen thematic sections, the exhibition never lags." — Sura Wood, "Parisian pleasures," B.A.R., Dec. 13, 2018.

"A network of exhibits concentrates on the giant redwoods that grow along a narrow stretch of the Northern California coastline, where climate conditions are conducive for nurturing these amazing specimens. A mere 5% of old growth forests survive, a sorry statistic resulting from aggressive logging dating back to the Gold Rush. An awesome 8,500-lb. cross-section of an ancient redwood taken from 150 feet up a tree, felled by a storm last year, was airlifted by helicopter from Prairie Creek Redwoods State Park and installed in the museum." — Sura Wood, review of "Giants of Land and Sea" at the CAS, B.A.R., June 20, 2018.

"Did you know that the curiously designed, acoustically challenged venue Louise M. Davies Symphony Hall turns 25 this year [2005]? The love-hate relationship between audiences and musicians with the serviceable but imperfect auditorium is being celebrated with a week of festivities to coincide with opening night. One can only hope that some day the decor will be updated from its boring 80s theme of peaches-and-cream to a more contemporary palette, or that the flying discs above the stage will finally be adjusted to an optimal tilt. Whatever our complaints, Davies has sat in minimalist splendor as the cornerstone of the SF arts corridor for longer than most music-lovers can remember." — Philip Campbell, "Davies Hall theme and variations," B.A.R., Aug. 30, 2005. 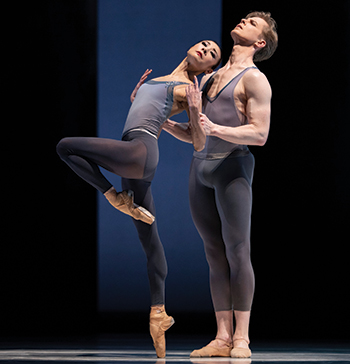 "The most beautiful sight I've seen so far this year was Max Cauthorn (soloist) in Balanchine's 'Divertimento #15.' He's a local boy, good-looking in a sort of quarterback-ish way, but his dancing was beyond good-looking, it was Dresden-statuette perfection in paulement, ballon, line, action, intention. In flight, he's like a three-point basket. You can tell from when he leaves the ground where he's going and that he's going to whiff through the net. Just the right effort, just the right shape, miraculously coordinated. When he'd alight from a jump, his position was perfect, the stillness complete: alert, but still as a deer. It just looked like pure fun." — Paul Parish, "Spotlit moves," B.A.R., Feb. 21, 2019.

"Two decades ago, my predecessor at the B.A.R. Keith White wrote that Brenda Way, co-founder of ODC, was going further into the real emotions that same-sex pioneering could convey than any other dance group he knew of anywhere. It is probably just serendipitous that Mark Morris' 'Beaux' and ODC's KT Nelson's 'Cut-out Guy' should present within a month of each other deeply observed portraits of the way guys interact. It's wonderful that Nelson should be operating on the same level as Morris." — Paul Parish, "Deep-rooted choreography," B.A.R., Mar. 20, 2012. 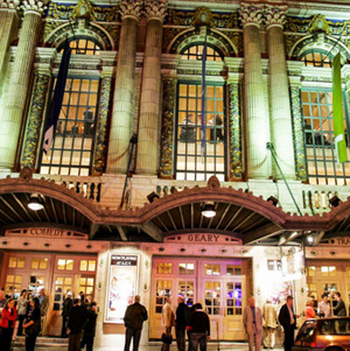 "Edward Albee, always so precise with his words, knew what must happen after the curtain falls. Lizards, even the marine iguanas on which he modeled Sarah and Leslie, are reptiles, not amphibians. On a grand scale, evolution dictates what's next. We may be afraid. We may bicker over where we're going. But there's no turning back. We can only move forward." — Jim Gladstone, review of ACT's "Seascape," B.A.R., Feb. 5, 2019.

"The chorus was founded by Jon Reed Sims in October 1978," the chorus' artistic director and conductor Dr. Tim Seelig recalls. "The first rehearsal was on Oct. 30 at Everett Middle School. The 100 men attending selected the name San Francisco Gay Men's Chorus. It was the first of its kind." Four weeks later, after gay Supervisor Harvey Milk and Mayor George Moscone were assassinated at City Hall, the Chorus had its first public performance. "The chorus went to the candlelight vigil," Seelig said. "They sang Mendelssohn's 'O Lord Our Refuge.' They also joined Holly Near in singing a piece she composed on a napkin in a cab on the way to the vigil, 'Singing for Our Lives.'" — David-Elijah Nahmod, "SFGMC marks 40 years," B.A.R., Oct. 25, 2018. 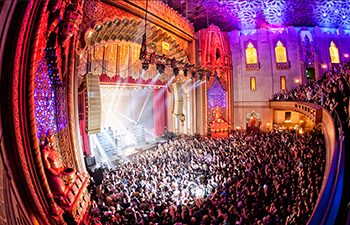 "The venue is about 20 minutes from UC Berkeley, and by the looks of their schedule, they have some big names performing there constantly. Berkeley student Tony Oliverio says that out of the Another Planet Entertainment venues, the Fox Theater is superior to the Greek Theatre and Bill Graham Civic due to its smaller, more indie atmosphere.

"This place has the most beautiful interior details I've seen at a theater. The design on the website is described as 'Indian, Moorish, Medieval and Baghdadian.'" — Connor Sullivan, "Venue Review: Fox Theater, Oakland," KCPR, April 30, 2018. 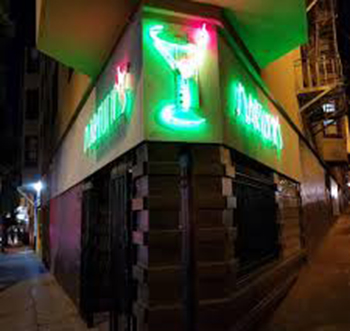 "Nine o'clock on Friday is a good time to get to Martuni's, the piano bar at Valencia and Market Streets. You can still snag a table, though it may be the last one. You can still get a drink in under five minutes. The singing, for now, is background music against the high din of the bar. Nine o'clock is still amateur hour. 'I've got sunshine, on a cloudy day.' Friends goading friends to sing. Plenty of space around the piano: that means there's no wait." — Esther Mobley, "Show tunes and strong drinks at Martuni's," San Francisco Chronicle, March 8, 2018.