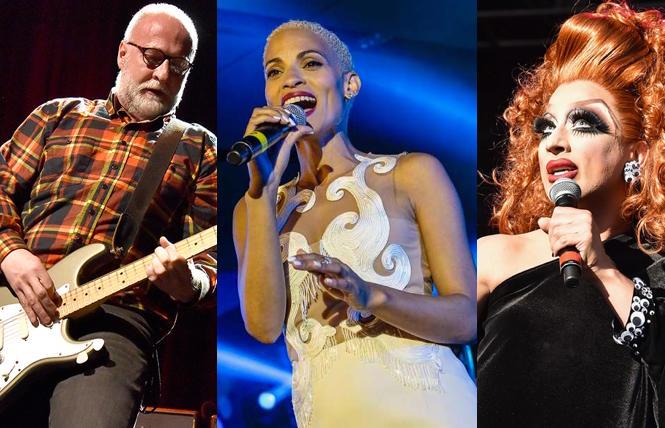 With the state reopened, Bay Area cabaret, rock and concert venues are once again filling their halls with the sound of music and laughter. Here are some of the events that you can attend in the coming months. Please be aware that some events may be cancelled. Check with each venue regarding their safety protocols.

Oasis
San Francisco's most popular queer nightclub has quite a few shows lined up for the Fall season. On September 9 at 7pm Oasis will present drag queen extraordinaire Sherry Vine in her new show I Love Being a Whore. Sherry will offer new and deliciously dirty takes on Journey, Laura Brannigan, Lady Gaga and more, along with classic covers of her hits since 1991. $20-30. 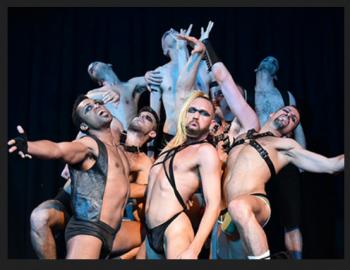 From September 16-24, Baloney SF returns to the Oasis just in time for the return of the Folsom Street Fair. It's Baloney's first live, in-person show of 2021 and features some of its most popular material plus a few new dirty tricks. The evening of titillating performance is part theater, part dance, part striptease and almost all-male. 7-9pm. $35-70.

For five nights beginning September 28, join Varla Jean Merman at Oasis in her new show, Little Prick. Join the non-essential twerker poolside where she will vaccinate audiences with a double dose of new songs and viral videos. Shows start at 7pm. $25-50.

And from October 7-31, Oasis will present, in collaboration with Ray of Light Theatre, their live, immersive production of The Rocky Horror Show. Starring D'Arcy Drollinger as Frank. N. Furter, with Snaxx as Columbia, there will be three timed entrances for each show, so be sure to take note which time you are purchasing. Oasis will not be able to accommodate latecomers. Tickets start at $30.

And jumping ahead a bit, on November 7 at 7pm, elegant chanteuse Vanessa Bousay returns to Oasis with Nightingale, a '70s tribute to Carole King and Karen Carpenter. Vanessa will be joined by Tom Shaw at piano, Roberta Drake on drums and special guest vocalist Steven Satyricon. $25.
www.sfoasis.com

Feinstein's at the Nikko
San Francisco's premiere cabaret, has come roaring back post-lockdown. On September 9 and 10 at 8pm Tony and Grammy winner John Lloyd Young will take to the stage in the club's stunning new Nikko Presents showroom. Best known for his portrayal of Frankie Valli in the hit Broadway musical Jersey Boys, a role he reprised in the 2014 film version, Young will offer an evening of classic hits and new favorites. Show commences at 8pm each night. $85. www.feinsteinssf.com

The Warfield
On October 1 at 8pm, the Market Street theater known for presenting touring rock bands will present the incomparable Bianca Del Rio in her new show, Unsanitized. Del Rio once again brings her unique brand of drag comedy to the San Francisco stage. Tickets start at $42.50.

And on December 3, more riotous comedy will be on hand when Nikki Glaser tickles your funny bone at the Warfield. $39.75-49.75
www.thewarfieldtheatre.com

Chase Center
On December 11, usher in your holiday season with Trevor Noah at the Chase Center on his Back to Abnormal tour. Noah will offer his own unique brand of politically-aware comedy. $39-149. On September 29, spend an intimate evening when the adorable male chanteuse Michael Bublé appears in concert at the Chase Center. www.chasecenter.com

The Masonic
In the mood for some queer comedy? Then head on over to the Masonic Auditorium on October 22 at 8pm for the in-your-face antics of the hilarious lesbian comic Wanda Sykes. The comedy just keeps getting queerer when Randy Rainbow, the master of musical parody, brings his Pink Glasses tour to the Masonic for two shows on November 20, at 7 and 9:30pm. And return to the Masonic on December 28 at 8pm and enjoy some 80s rock 'n roll with The Go-Go's. www.livenation.com/

Mountain Winery
Two legends of the queer music world come to the Bay Area. First, on September 12 at 7:30 pm, Rufus Wainwright will perform at the Mountain Winery in Saratoga in support of his new album. Wainwright will be joined by his special guest, Aimee Mann (Till Tuesday). $39.50-89.50 www.mountainwinery.com

August Hall
Then, on October 1 at 7:30pm, Bob Mould brings his unique brand of rock and roll to August Hall in a concert that promises to deliver the punk sound he gained fame for in the '80s and '90s. $28.50 www.augusthallsf.com

The Fillmore
It's hard to believe that legendary musician Todd Rundgren is 73 years old. The venerable rocker has been making music for decades, and on November 16 & 17 he brings his unique sound to the stage of The Fillmore at 8pm. $50-199. www.livenation.com

Yoshi's
In the mood for some cool jazz? Then check out Bay Area music maker Goapele, who will be doing two shows a night at Yoshi's in Oakland from November 11-14. Then, you can swing with the big band sounds of the Count Basie Orchestra on November 15 at 8pm. And from December 6-8, get down with the intense violin sounds of Damien Escobar. Note: Escobar will perform two shows on Dec. 8. www.yoshis.com

Great American Music Hall
Usher in your Christmas season a little early when legendary "trash" filmmaker John Waters returns to the Great American Music Hall with A John Waters Christmas: It's a Yuletide Massacre. This ho-ho-homo will pose the questions: Was Joseph a virgin too? Is Santa now an incel? Is Rudolph a bossy bottom? And is Prancer a no-fats-or-femmes top? It's all in the name of good, dirty fun and it happens November 29 at 8pm. This always sells out, so get your tickets now. $65-130. www.gamh.com 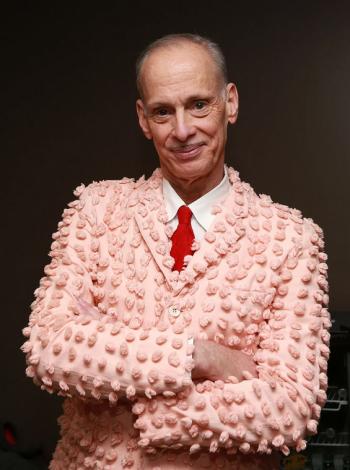 Comedy
Besides offerings of music, there will also be some rollicking good comedy on hand this fall. On September 2 you can join Lisa Geduldig and her funny friends for Comedy Al Fresco, her first in person show since the pandemic began. The laughs will take place on the patio of El Rio, a safe, outdoor setting. In addition to Geduldig, you can enjoy the comic stylings of Judi Leff, Arjun Banerjee, Karinda Dobbins, and Bob McIntyre. Masks are required. The show will also be live streamed. $10-25. www.cityboxoffice.com

Geduldig and her hilarious 90-year-old mom Arline will continue to present Lockdown Comedy, a monthly series of comedy shows on Zoom which came about as a result of the pandemic. Geduldig will host and perform with new guest performers each month, including her mom, who became an unexpected surprise hit of Lockdown Comedy earlier this year. 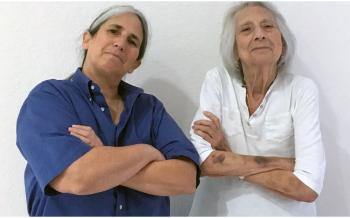 Lockdown Comedy comes to your computer screens the 3rd Thursday of each month, with the exception of September which will take place on the 4th Thursday, September 23. Other upcoming performance dates October 21 and November 25. Starting in September the show will begin at 7pm instead of 6pm. Cost is $10-20 (whatever you want to pay). www.koshercomedy.com

And be sure to join Geduldig and company for her 29th annual Kung Pao Kosher Comedy December 24-26. This is Geduldig's big holiday extravaganza. It's kosher comedy in a Chinese restaurant for Christmas, because what else can Jews do on Christmas except go out for Chinese food! Guests for this year's Kosher Comedy are TBA and will be posted at the website once the line-up is finalized.

Party? On. Nightlife; it's alive!

Daytime nightlife in the Castro