Leather: Contests -and kink- in context 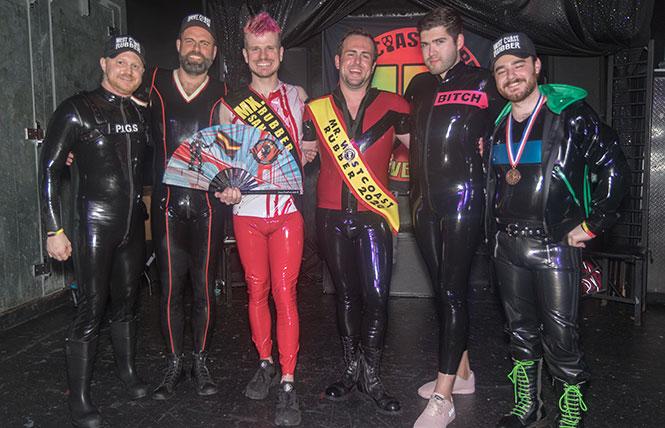 Contests for leatherfolk and other variations of kinksters are ubiquitous. Contests have skyrocketed in number.

While perhaps controversial, I'm comfortable saying that while there are intersections between contests and other elements of kink, the contest world can effectually be a unique kink unto itself. Is it a fetish? I'm not sure, but it's been suggested it is or can be. I'm not sure that matters though.

What we know is contests are numerous and appear to be sticking around.

We need some perspective on such contests. In the interest of full disclosure, I have a leather title myself with my partner (1991), my ex was International Mr. Leather 1989, I've judged dozens of contests, and my network is awash in people who produce, volunteer for, or compete in contests. This gives me a vantage point from which to offer some observations.

Here's my first request. Can we keep contests fun? In far too many cases we have lost the prime directive of contests, fun for the audience and participants. If it's not fun, what's the point?

Too much self-congratulatory back-slapping, whether arm-length contestant and judge biographies read aloud, every titleholder present getting stage time, and other insider proceedings need to be eliminated or drastically tightened up to not bore the audience into nonconsensual submission.

Perhaps some of the downturn in fun is that we've taken contests too seriously. Some are under the mistaken impression that contests are a system by which we pick leaders. They're not. They're contests. Much of the disconnect comes from many believing contests are an objective exercise to select leaders. Nope.

Are there titleholders who become leaders, or were they already leaders? Absolutely, but I have yet to see a notable cause and effect. I contend the majority of those who are or become leaders would take that path, title or not. At best their title gives them some temporary notoriety, but so many disappear into oblivion after their year. I'm not sure that represents the qualities of a true leader who works for their communities before and after a contest.

Regarding the judging of contests, I consider the results so profoundly subjective that one would be hard-pressed to make a strong case that they're remotely objective.

Most contests these days must actively seek out contestants because the masses aren't clamoring to compete in them — not a resounding endorsement for contests effectively identifying community leaders.

Sex! Let me say that again. Sex! Can we keep the sex and eroticism firmly entrenched as the foundation for why the contests exist? Contests grew from a scene founded upon radical sexuality and the identities they spawn.

Once someone wins a title, social media often blows up with so many announcements, fundraisers, appearances and online chatter that it sucks the air out of the room. Self-promotion becomes priority one.

As a self-promoter myself, I get that, but when many titleholders start vying for the same virtual public space, it gets crowded. This can give newcomers or outsiders the impression that contests are the most important things for kinksters. They're not, and if they become so, someone let me know so I can exit the scene, at least the public aspect of it.

The skewed visibility of titleholders and the pomp and circumstance surrounding them gives the public the perception that the core impetus behind leather and kink — sex, play and the connections they foster — takes a back seat.

I and others did not make the case for kinksters to live openly and proudly only for our sexuality to be relegated to back burner status. 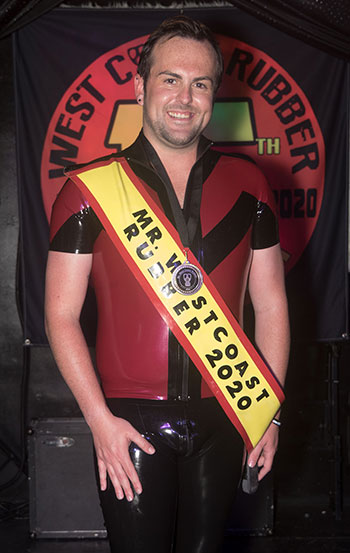 As a clear illustration of the sex and fun I'd like to see more prevalent, and as evidence that often the rubber guys seem to know how to have more fun than many in our scene, the Saturday contest after-party was held in a sex venue. Imagine, a contest elevating sex and play to its rightful place in our culture. More of this, please.

Race Bannon is a local author, blogger and activist. www.bannon.com

For previous columns, and leather events, go to https://www.ebar.com/bartab/leather-kink

Here is what I have learned: Leather columnist bids adieu

Larry Townsend: celebrating the man behind 'The Leatherman's Handbook'
Sign up!