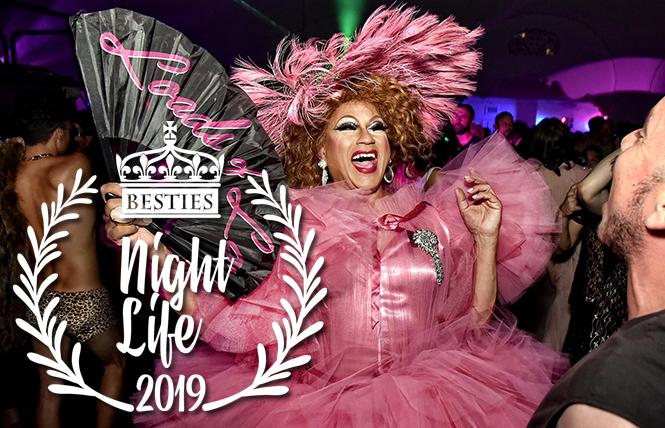 They love the nightlife, they love to boogie. And this year, our creatures of the night like to mix it up. We've got all new winners in the bartending category, a ladies rout in the comedy club, a wake-up call in the gogo guys competition, and a whole new playlist in the musician category. Some repeat winners kindly bowed out to 'emeritus' status, because too often the Besties suffer from Gay Stasis, so here's to giving things a shake and passing the crowns around. 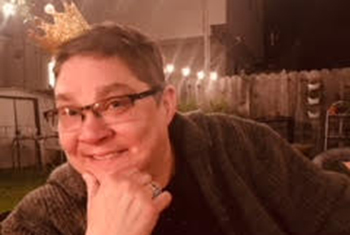 A complete turnover in winners from last year means a great excuse for bar-hopping, including a hop all the way across the bay to the oldest gay bar in the country, where Captain Catherine Ficcardi has steered the ship to a stunning out-of-SF victory. 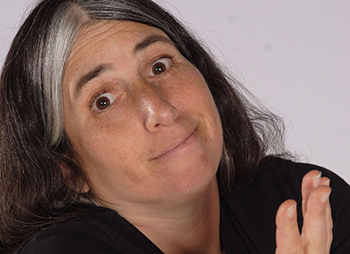 We dispensed with male and female comic categories this year, only to end up with women mopping up and sweeping. Rimshot! Winner Geduldig hosts the monthly Comedy Returns at El Rio, the classic Kung Pao Kosher Comedy over the Christmas holiday, and the new edition, Comedy at Ashkenaz in Berkeley.

Say no MORE! and elevate our perennial winner to emeritus status. Miss MORE! not only DJs, but continues to organize philanthropic events that are also hella fun. Meanwhile, welcome David Harness to the club. The globetrotting local's next San Francisco gig is at Halcyon on April 20. 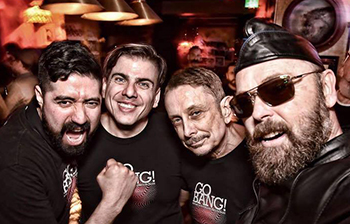 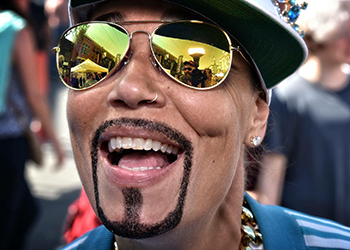 Madd Dogg and Fudgie are veterans of the field, but we've been eating Crow two years in a row (as a Bestie winner). You may have seen the macho Madd Dogg at Mother, SF Bootie, The Monster Show, SF Pride, Mascara, and Pride Night at Great America. He is one of the current Sacramento Drag King winners 2014, and San Jose's 2014 Switch-hitter Drag King winner.

New to our winner's circle, U.S. Navy vet Landa Lakes is a Chickasaw activist and founded the Two-Spirit Native American drag troupe. But the always-busy Drollinger (co-owner of multi-Bestie winner Oasis) is our winner, and currently on-set for the film adaptation of the hit comedy show Shit & Champagne. Hmm, will 'Best Screen Version of a Drag Show' be far behind? 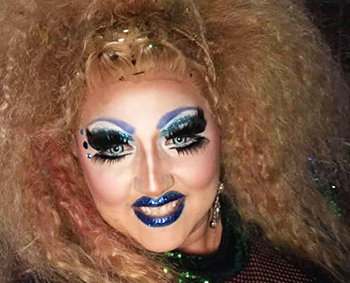 Jodi Goldstein aka Miss Shugana has always stood out from the crowd: She was raised a Jewish Army brat and spent several years stationed in Alabama. And she gives great eyeliner. 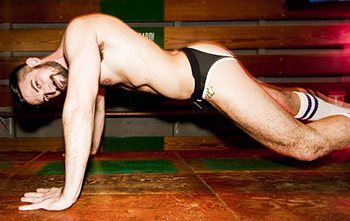 While his brief foray into adult entertainment served as a delicious "Oh, my!" for his fans, Tempesta's trademark gogo style is more about the tease, the licked armpit, the amazing abs, and his genuine affable persona. Kudos, kid!

Look for our winner's Hamilton routine: "Ain't Givin' Away My Jella Shot" as we congratulate the multi-Bestie winning dancer. 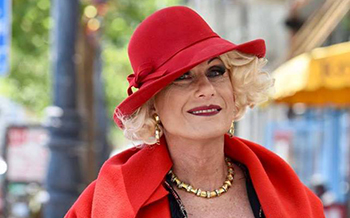 They need no introduction. Besides, that's their gig. But with Sachet as your MC, you know a benefit will roll along smoothly. Peaches and Roma are so iconic, it's about time we built statues in their honor. Goddess knows they'd be happy to pose! 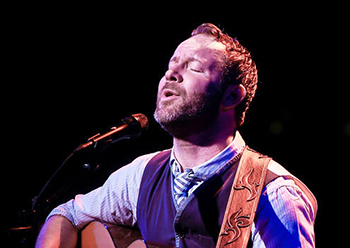 The Bay Area native may tour the world, but you can bet his local concerts (Swedish American Hall, Feinstein's, and even Bear Week at Russian River) will sell out.
Also, props to local piano-accordion-ukulele darling Kitten, and queer country band Velvetta, which includes nightlife and theatre veterans Leigh Crow and Ruby Vixen.

These three photographers have likely shot everyone else on our list, and made them look fabulous! The next time you see one fo them aiming for you, give them your best side. As for Gooch, with his busy schedule, you could probably go bar-hopping and see him several times (we've done that).